Is your business looking to keep on top of their Social Media Platforms this year? There’s a lot of emerging trends in 2016 which you should take a look at as Social Media within businesses is growing more and more in popularity so it’s important to keep on top of it. Writing a tweet and a post every few days just won’t cut it anymore so we’re here to show you the top 10 things to expect and maybe what to adopt into your business in 2016.

1: Live Video will be extremely popular 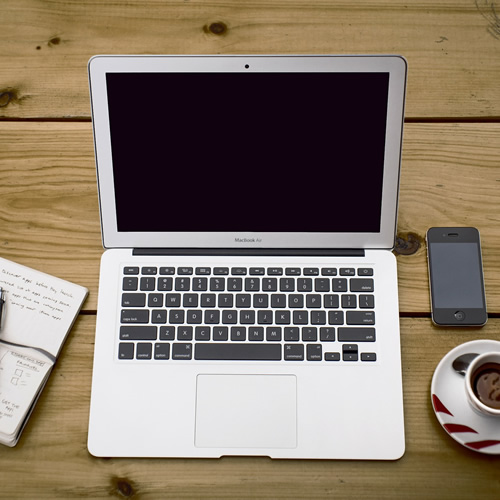 This will be huge and without a doubt sits at number one of our list.

Snapchat had one of the best years in 2015 amongst other social media platforms and may rise higher up in 2016. Snapchat are supplying what’s in scarce supply and constant demand at the moment – Instant & Live Video. Even though it’s mainly for personal usage and fun, companies are starting to figure out how to adopt the social media platform into their business. No one has time to go out, record and edit a video so the likes of Snapchat is the perfect platform to record short clips to help boost their business.

Also, 2015 started an era of live-casting with the introduction of new technology such as Periscope, Youtube (360 video), Facebook Live and Blab. In 2016 some of these live broadcasts will reach an entirely new level with the introduction of live 360 degree broadcasts that will allow people to move their mobile phones and experience the action as if they were actually present and moving their heads. Live-streaming video gained a lot of momentum in 2015 with platforms like Periscope and Meerkat leading the way and new platforms like Blab.im and Appear.in entering the scene. Early adopters joined the video scene in 2015, but in 2016 live-streaming video will go more mainstream.

To really embrace this and provide the levels of interaction and customer service that your audience expects, you will have to embrace video marketing this year.

2: Custom Company Visuals will be a must have


Visual marketing will continue to grow in 2016, making it absolutely necessary for brands to have a solid plan for visuals including multimedia such as long and short form video for YouTube, Facebook and Instagram, as well as graphics for blog content.

Creating anchor content for your website and breaking it into contextual pieces to natively post to each platform will be essential. For example, one long video will be embedded into a blog post, tweeted with graphics, and a tip from it will be shared as a graphic on Instagram and a Pinterest quote. These will all lead to the blog content.

In 2016, smart brands will include visual content strategy as an integrated part of their marketing, not just an afterthought. It’s no longer enough to just throw up a picture on a blog post. Brands will need an image strategy that works across their primary platforms, tailored for Instagram, Twitter, Facebook and Pinterest. Tools like Canva for Work and Relay allow brands to quickly and easily create a suite of images.

Brands will integrate more major visual projects into their marketing and try new things without a doubt in 2016. 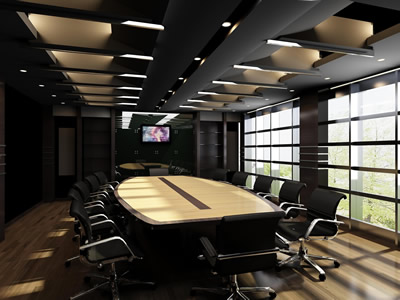 A big prediction for social media in 2016 is that more social networks will start charging for traffic. As social media networks adjust their algorithms, the only way brands can ensure they generate a decent amount of traffic is through advertising.

For example, Facebook was once easy to leverage; all you had to do was post a status update with a link on your fan page or personal page. Within minutes, all of your fans and friends would see your links and the traffic would flow in. Now you’re encouraged to boost your post if you want to get the maximum amount of traffic. Even if you have 100,000 fans on Facebook, the only way to get the majority of them to see your content is to pay for visibility.

In essence, what happened with Google’s algorithm years ago is the same thing that’s happening with these social networks. The algorithms are continually becoming harder to leverage via organic means, so if you want maximum traffic you’ll have to spend money on ads.

Also, better Facebook ad targeting is to be expected. Facebook recently rolled out new communication tools that allow Facebook pages to learn more about the people they are communicating with. At the same time, page owners can begin to add keywords along with notes to tag the users they are connecting with.


Let’s get one thing clear: content is still king. The mediums might be changing – in 2015 we saw a massive shift from text to media – but the competition for visibility has never been stronger. With more businesses building out their content strategies and the rising advertising costs, optimizing your organic content is at its highest demand.

Although social media doesn’t directly influence your search ranking, greater social signals (such as people sharing your content and sending more traffic to your website) can help you rank higher. Why is this important? Because 33% of traffic from Google’s organic search results go to the first item listed.

Not just that, but social content is becoming increasingly more visible in search results. Google already has deals in place with Facebook and Twitter – you’ve likely already seen a Tweet or two appear in your search results. In 2016 we’ll see more platforms added to the index, further blurring the line between Web and social media.

Your posts on Facebook and YouTube should also be optimized for search. Today 88% of consumers are influenced by reviews and online comments, and they’re turning to these platforms for just that. Searching on Facebook can now turn up public posts, so make sure that yours include relevant keywords and take advantage of character limit and hashtag best practices.

What was once considered a bonus is now a necessity. If you’re not thinking mobile first, then you’re already behind. Mobile devices have become the primary (not secondary) screen for most social media users. In 2015, mobile traffic finally overtook desktop traffic in 10 countries, including the US and Japan.

As of January 2015, 80% of Internet users own a smartphone. An estimated 2 billion consumers worldwide are expected to own a smartphone by 2016. Additionally, devices like smart TVs and smartwatches saw a spike in popularity, and we’ll continue to see their adoption rise in the new year.

What does this mean for marketers? Mobile devices – especially smartphones, tablets and smartwatches – should be a big part of your focus. This is crucial if you’re targeting millennials, of which 87% admitted to never being without their smartphone. More importantly, 14% wouldn’t do business with a company that doesn’t have a mobile site or app. 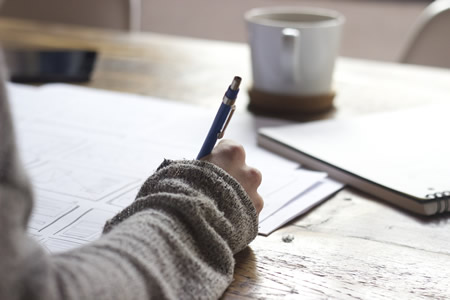 In 2015 trends emerged toward real-time content with the addition of instant articles and lead ads for Facebook and Twitter. In both cases the rationale is to keep users in the network by removing the hassle of visiting an external site, where traffic could be lost as users are exposed to distractions or affected by connectivity issues. This trend will continue in 2016, as most networks aim to offer more content more rapidly, bringing more users to their platforms and keeping them engaged longer.

The world is moving faster every day, and users have become very selective about the content they consume; many times trying to avoid what doesn’t produce gratification in a few seconds. And social media is ready to accept the challenge. Take Uber, which made headlines a few weeks ago with its newly announced partnership with Facebook Messenger, which allows customers to hail a ride through the mobile app.

Remember: Keep social, social. People want to see, watch and hear from real life people. And that’s the whole point of social media to begin with, isn’t it?

Social media is already “in-the-moment” by nature, but there are some posts that are more “in-the-moment” than others. For example, take Periscope, which was recently acquired by Twitter – it allows users to give a live video broadcast of some stretch of their lives. Compare that to simply taking a video and posting it later – Periscope users collectively watch 40 years of live video each and every day. Instagram and Snapchat also support on-the-go, in-the-moment updates as opposed to late-game retrospectives, and could collectively herald in a new era of immediacy in social media. If it catches on, you can forget about scheduling all your company’s social media posts in advance. 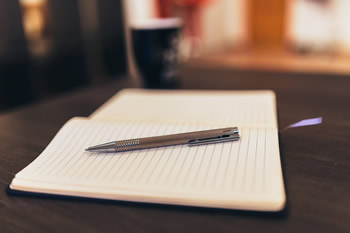 Make no mistake about it, the most social of social activity is going to happen in two unique and private places: private groups and messaging apps.

Snapchat started this, but the shift to messaging apps (think Facebook Messenger, WhatsApp, Line, etc.) is going to force brands to get a lot more private and personal with their social media expenditure.

What does all of this mean? We are pushing ever closer to a new kind of social media: one that happens on these public and for-profit channels and networks, but one where the best (and possibly most valuable) content can only be seen by those who are granted permission to see it… or by a small group of people.

It also means that customer service is going to shift to messaging and private group spaces, and that brands will be expected to provide this level of communication between them and their consumers.

The last part of this equation, which proves to be most fascinating, is that this usage and growth is fundamentally a mobile experience. This will be brands’ biggest struggle in 2016, as they’re still ramping up to provide responsive web experiences that aren’t mobile-first by design.

2016 will be the year where more companies implement adaptive social. The more we engage and collaborate with external and internal social media users for business, the more we need to adapt to their communities and needs for ultimate success.

This should become more the norm at forward-looking companies in 2016 with examples like these:

Adaptive social requires responsive thinking based on the fact that social media was made for people, not brands. For businesses to remain relevant, they’ll truly need to adapt to these foreign communities of people we call social media users. Some companies have already found success in utilizing this principle. Will yours be next?

Social media searches are becoming more powerful. Pinterest announced a visual search feature, where users can actually click within an image to open a new search. For example, if you’re looking at a picture of a living room and want to see more lamps like the one featured in the picture, you can click the lamp, and you’ll be directed to search results for products like that one.

Social Media is getting more and more popular as the weeks go by. You hear of someone doing something new and many businesses and individuals jumping on the band wagon. Keeping an eye on Social Media Trends is important as adopting some practices could seriously boost your online presence while some could be a waste of time. One thing for sure is that Social Media is so dominant in today’s world of businesses so get on it!