Are you ready for 2016? Let’s bring on the web design trends.

The new year will come with plenty of new techniques and trends, but the dominant theme is likely to be a continuation of things we have started to see at the end of 2015. More video, vertical patterns, Material Design-inspired interfaces and slide-style sites will grow in popularity.

And it’s not hard for you to make the most of these concepts. Here, we’ll discuss our selected 10 web design trends that designers will be seeing a lot of in 2016. Make sure you visit the links/sites to get the full experience of what to expect this year. If you are a web designer, or even if you just have a website, you should pay attention to the following trends in 2016:

There’s so much clutter online today, which doesn’t seem to be dying anytime soon, and this has given rise to the popularity of minimalist designs; when we consider decreasing attention spans, increasingly impatient web users and a renewed desire for instant gratification, single page designs will gain more attention this year.

People no longer want to scroll through multiple pages, and many websites are keying into this by having a single-page design; a notable example is the World Food Clock website (See screenshot below).

Responsive Web Design (better than before!)

Responsive web design has been a ‘trend’ for a few years now, but it’s becoming even more prominent in 2016.

For a long time, website owners have known of the power of responsive web design but they haven’t taken it as seriously until now; a major force in the increased adoption of responsive web design was the “Google Mobilegeddon” (see link) in 2015. Basically, this was Google’s attempt to ensure that websites adapt to mobile best practices, when it began to penalize websites that were not mobile-friendly. Many established sites suffered major loss, and they had to choose between having a mobile site/theme and going with a responsive design. This trend will continue in 2016, and you can expect to see more of responsive designs.

Speed = Requirement (not an extra)

In 2016, more than ever before, speed will play a major role: brands that ignore speed will suffer severely, as people are becoming increasingly impatient. This is very important for both website owners and designers.

For a very long time, speed and usability have always gone hand in hand and this is becoming increasingly pronounced in 2016; research shows that slow websites cost the U.S. economy over $500 billion annually, and that 40% of people will abandon a website that takes longer than 3 seconds to load. Speed is a core part of design, and it’s a force website owners have to reckon with in 2016. It’s a matter of life and death (In terms of website effectiveness, not literally!).

Websites design is going to the movies. Higher speed Internet connections and better video plugin integration is making it easier for more websites to include an immersive movie-style experience. Video clips are growing from small snippets to almost full-length preview clips. The images are sharp, crisp and in high definition, creating a video experience online that is new to users, but familiar from other devices, such as televisions. Check out Coverr for examples:

Good interactions are often small – even micro in nature – and provide value to the user. From the simplest of alarms to a text message to a blip that it is your turn in a game, these small interactions shape how people interact with devices (and how loyal they are to associated websites and apps). As you browse Facebook for example, you the user have hundreds of opportunities to interact in various ways (big and small) which is what makes Facebook so addictive. Be it a ‘like’, ‘share’, ‘comment’ or ‘join’, users are constantly being drawn into the whole website experience. Furthermore on the Facebook mobile app, constant notifications with sound/vibration alert you that you’re missing out on interaction which further brings you back to Facebook and continuing on where you left off earlier. This is what makes Facebook so popular, interaction. No matter how small the interaction is, it really boosts your chances of users/customers constantly visiting your site, you need to give them bait! 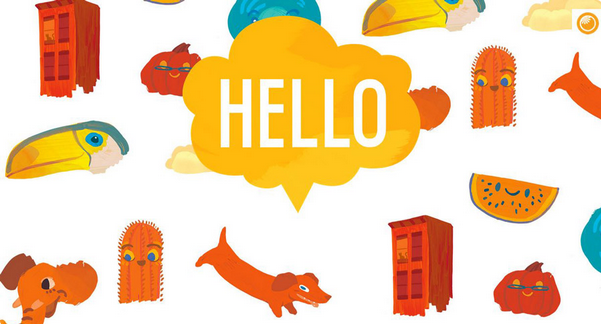 Illustrations and sketches bring a fun element of whimsy to a site design. They can work for sites of all types and aren’t just for children anymore. The illustration style has also started to grow in popularity when it comes to some of the smaller pieces of website design as well, such as icons and other user interface elements. What’s nice about this trend is that illustrations make a site feel a little more personal. Because an illustration or sketch style icon appears to be hand-drawn, it looks and feels personal for users. That can go a long way into creating a connection with them. 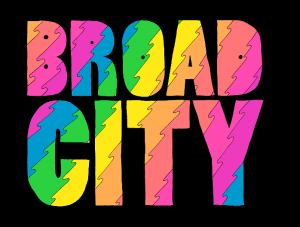 Big, bright color really started to emerge with the flat design trend and has continued to gain momentum. Google’s Material Design documentation furthers that conversation. And just take a look around Dribbble, where colour is everywhere. These are key indicators that color will stay big in the coming year. Some of the change to the big color trend is in the type of colors used. While 2015 used more monotone big color designs, usage is starting to shift to larger and brighter color palettes with an almost 1980s vibe to them.

Icons, icons, icons! From the debated hamburger icon to divots through design projects, iconography is big. More designers are releasing fun UI and icon kits that are easy to use, making icons easier than ever to work with. (And pretty affordable.) One of the other big things designers are experimenting with is oversized icons thanks to SVG formats.

First there were sliders, so that websites could move images within a frame to showcase content. For example, check out this recent site we made with built in Fusion & Revolution Sliders. The next part of that evolution includes full-screen slides. Each slide refreshes the entire screen with new content; it can work with a click, scroll or timed effect. Users can navigate forward and backward for an experience that is almost physical. Expect to see plenty – and we mean a lot – of sites using this concept in the coming months.

Looking through the examples above it’s easy to see that there’s not just one or our ten web design trend that designers will focus on in the coming year, but a multitude of examples. It’s a combination (and culmination) of multiple trends from the past few years. Look even closer and you’ll see that many of these sites use multiple trending elements from this list to create interactive and engaging websites.

Thanks to WebDesignerDepot & DesignModo for some of the useful information above.