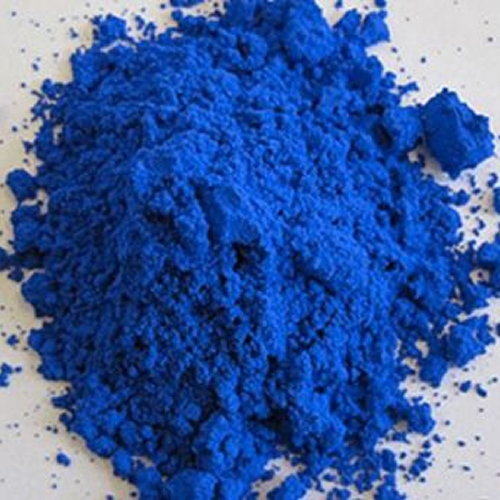 In 2009, Mas Subramanian, a materials science professor at Oregon State University, was running experiments designed to create new materials for electronics. During those tests, he and his team hit on a more unexpected creation in the form of a vibrant new colour. Called YInMn blue, the pigment will finally be available to artists and manufacturers later this year through an agreement with the Ohio-based Shepherd Color Company, artnet reports.

The pigment is the result of heating a mixture of black manganese oxide and other chemicals to almost 2000°F. The manganese ions absorb red and green wavelengths of light, producing a durable blue colour that doesn’t fade in oil or water.

“The basic crystal structure we’re using for these pigments was known before, but no one had ever considered using it for any commercial purpose, including pigments,” Subramanian said in a press release. The new pigment is made with all non-toxic ingredients. “Ever since the early Egyptians developed some of the first blue pigments, the pigment industry has been struggling to address problems with safety, toxicity and durability,” he says.

Plus, it’s unusually good at reflecting infrared light, which could make it useful in roofing materials, reflecting sunlight to keep buildings cool.